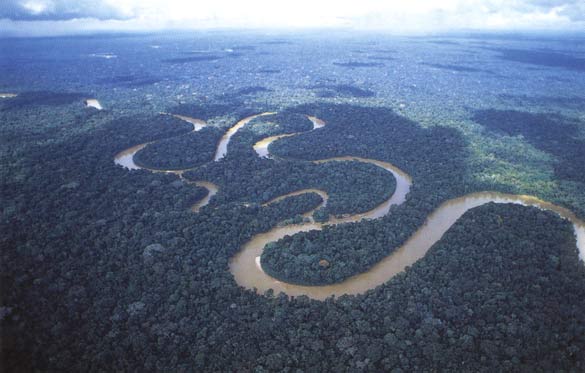 Far from the Rappahannock, the silent
Danube moves along toward the sea.
The brown and green Nile rolls slowly
Like the Niagara’s welling descent.
Tractors stood on the green banks of the Loire
Near where it joined the Cher.
The St. Lawrence prods among black stones
And mud. But the Arno is all stones.
Wind ruffles the Hudson’s
Surface. The Irrawaddy is overflowing.
But the yellowish, gray Tiber
Is contained within steep banks. The Isar
Flows too fast to swim in, the Jordan’s water
Courses over the flat land. The Allegheny and its boats
Were dark blue. The Moskowa is
Gray boats. The Amstel flows slowly.
Leaves fall into the Connecticut as it passes
Underneath. The Liffey is full of sewage,
Like the Seine, but unlike
The brownish-yellow Dordogne.
Mountains hem in the Colorado
And the Oder is very deep, almost
As deep as the Congo is wide.
The plain banks of the Neva are
Gray. The dark Saône flows silently.
And the Volga is long and wide
As it flows across the brownish land. The Ebro
Is blue, and slow. The Shannon flows
Swiftly between its banks. The Mississippi
Is one of the world’s longest rivers, like the Amazon.
It has the Missouri for a tributary.
The Harlem flows amid factories
And buildings. The Nelson is in Canada,
Flowing. Through hard banks the Dubawnt
Forces its way. People walk near the Trent.
The landscape around the Mohawk stretches away;
The Rubicon is merely a brook.
In winter the Main
Surges; the Rhine sings its eternal song.
The Rhône slogs along through whitish banks
And the Rio Grande spins tales of the past.
The Loir bursts its frozen shackles
But the Moldau’s wet mud ensnares it.
The East catches the light.
Near the Escaut the noise of factories echoes
And the sinuous Humboldt gurgles wildly.
The Po too flows, and the many-colored
Thames. Into the Atlantic Ocean
Pours the Garonne. Few ships navigate
On the Housatonic, but quite a few can be seen
On the Elbe. For centuries
The Afton has flowed.
If the Rio Negro
Could abandon its song, and the Magdalena
The jungle flowers, the Tagus
Would still flow serenely, and the Ohio
Abrade its slate banks. The tan Euphrates would
Sidle silently across the world. The Yukon
Was choked with ice, but the Susquehanna still pushed
Bravely along. The Dee caught the day’s last flares
Like the Pilcomayo’s carrion rose.
The Peace offered eternal fragrance
Perhaps, but the Mackenzie churned livid mud
Like tan chalk-marks. Near where
The Brahmaputra slapped swollen dikes
Was an opening through which the Limmat
Could have trickled. A young man strode the Churchill’s
Banks, thinking of night. The Vistula seized
The shadows. The Theiss, stark mad, bubbled
In the windy evening. And the Ob shuffled
Crazily along. Fat billows encrusted the Dniester’s
Pallid flood, and the Fraser’s porous surface.
Fish gasped amid the Spree’s reeds. A boat
Descended the bobbing Orinoco. When the
Marne flowed by the plants nodded
And above the glistering Gila
A sunset as beautiful as the Athabaska
Stammered. The Zambezi chimed. The Oxus
Flowed somewhere. The Parnaíba
Is flowing, like the wind-washed Cumberland.
The Araguaia flows in the rain.
And, through overlying rocks the Isère
Cascades gently. The Guadalquivir sputtered.
Someday time will confound the Indre,
Making a rill of the Hwang. And
The Potomac rumbles softly. Crested birds
Watch the Ucalyali go
Through dreaming night. You cannot stop
The Yenisei. And afterwards
The White flows strongly to its . . .
Goal. If the Tyne’s shores
Hold you, and the Albany
Arrest your development, can you resist the Red’s
Musk, the Meuse’s situation?
A particle of mud in the Neckar
Does not turn it black. You cannot
Like the Saskatchewan, nor refuse
The meandering Yangtze, unleash
The Genesee. Does the Scamander
Still irrigate crimson plains? And the Durance
And the Pechora? The São Francisco
Skulks amid gray, rubbery nettles. The Liard’s
Reflexes are slow, and the Arkansas erodes
Anthracite hummocks. The Paraná stinks.
The Ottawa is light emerald green
Among grays. Better that the Indus fade
In steaming sands! Let the Brazos
Freeze solid! And the Wabash turn to a leaden
Cinder of ice! The Marañón is too tepid, we must
Find a way to freeze it hard. The Ural
Is freezing slowly in the blasts. The black Yonne
Congeals nicely. And the Petit-Morin
Curls up on the solid earth. The Inn
Does not remember better times, and the Merrimack’s
Galvanized. The Ganges is liquid snow by now;
The Vyatka’s ice-gray. The once-molten Tennessee’s
Curdled. The Japurá is a pack of ice. Gelid
The Columbia’s gray loam banks. The Don’s merely
A giant icicle. The Niger freezes, slowly.
The interminable Lena plods on
But the Purus’ mercurial waters are icy, grim
With cold. The Loing is choked with fragments of ice.
The Weser is frozen, like liquid air.
And so is the Kama. And the beige, thickly flowing
Tocantins. The rivers bask in the cold.
The stern Uruguay chafes its banks,
A mass of ice. The Hooghly is solid
Ice. The Adour is silent, motionless.
The lovely Tigris is nothing but scratchy ice
Like the Yellowstone, with its osier-clustered banks.
The Mekong is beginning to thaw out a little
And the Donets gurgles beneath the
Huge blocks of ice. The Manzanares gushes free.
The Illinois darts through the sunny air again.
But the Dnieper is still ice-bound. Somewhere
The Salado propels its floes, but the Roosevelt’s
Frozen. The Oka is frozen solider
Than the Somme. The Minho slumbers
In winter, nor does the Snake
Remember August. Hilarious, the Canadian
Is solid ice. The Madeira slavers
Across the thawing fields, and the Plata laughs.
The Dvina soaks up the snow. The Sava’s
Temperature is above freezing. The Avon
Carols noiselessly. The Drôme presses
Grass banks; the Adige’s frozen
Surface is like gray pebbles.
Birds circle the Ticino. In winter
The Var was dark blue, unfrozen. The
Thwaite, cold, is choked with sandy ice;
The Ardèche glistens feebly through the freezing rain.