With the range of temperatures in 2017 thus far, Chicago has had several spring-like days and citizens are returning to one of their favorite warm-weather past times: biking. While many Chicago citizens have their own two-wheeled transport, both locals and visitors alike take advantage of Divvy, Chicago’s bike share system. Since it’s establishment in 2013, Divvy has grown in size and service, making it the third largest bike share program in North America (behind Washington D.C. and New York City).

Divvy is owned by the Chicago Department of Transportation (CDOT) and operated by Motivate, which owes the majority of U.S. bike share programs. Currently, Divvy has over 580 stations docking around 5,800 bikes throughout Chicago and the nearby suburbs of Oak Park and Evanston. Bike share programs are designed for short-range or one-way trips lasting no more than 30 minutes, making it great for commuters or visitors on the Lake Shore Trail. To begin riding, riders must first purchase a 24-hour pass (9.95 plus tax) or a Divvy membership (varies). Then undock the bike, ride, and re-dock it at any Divvy bike dock in the service area. While passes last 24 hours, bikes must be docked every half hour to prevent additional fees.

One of the primary goals for Divvy and other bike share programs is to connect to other transportation methods, such as connecting to a CTA bus line or a Metra train line. Since its establishment, Divvy has been widely popular in Chicago. In a statement by the Mayor’s office at the end of 2016, Divvy was near (and since surpassed) 10 million trips in less than four years of operation. With the additions of Evanston and Oak Park, Divvy covers the largest geographic area of North American bike share programs. 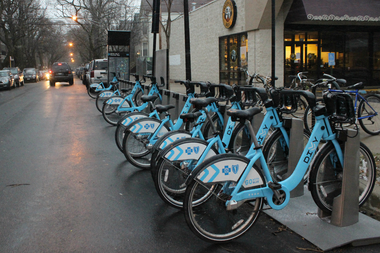 The majority of Divvy docks are located outside of CTA stations, in the Loop, and along the lakefront. According to the Mayor’s 2016 report, the most popular stations in 2016 were located at:

As Divvy grows in usage and popularity, they have introduced a number of discount memberships to ensure more people are able to use the bikes. Many Chicago corporations have a Divvy partnership and students are eligible for a discounted annual membership fee. Most recently, Divvy established the Divvy for Everyone program in 2015, a discounted annual membership for qualifying customers based on their household size and income. This is a one to two year discount membership starting at $5. This also allows for memberships to paid for by cash, eliminating the requirement of a bank or credit card that is needed for 24-hour passes and most annual memberships. More information on this program can be found below.

As the weather gets warmer, consider trying out this bike share program for a fun new way of seeing the city. 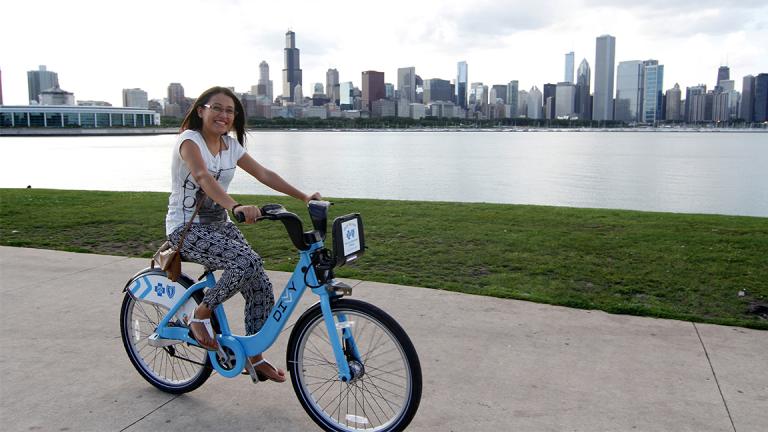