Chicago Neighborhoods: Back of the Yards & Union Stock Yard

This illustrated presentation will look at one of the Chicago’s most written about neighborhoods, The Back of the Yards, as well as the industrial base that created it, and still plays a formative role in its development, the Union Stock Yard.

Dominic Pacyga, Ph.D., Emeritus Professor of History at Columbia College in Chicago, will trace the more than 150-year development of the area which has always served Chicago as a portal for the waves of immigration that have transformed the city.

During registration, please consider donating to support our webinars and other Geographic Society of Chicago programming. Thank you. 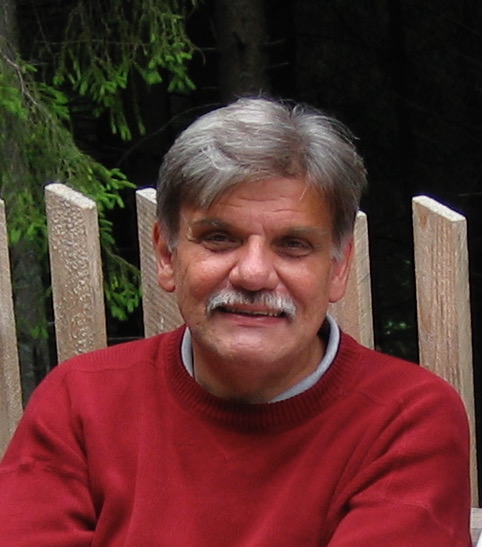 Dominic A. Pacyga has authored, or co-authored, seven books concerning Chicago’s history including Slaughterhouse: Chicago’s Union Stock Yard and the World It Made (2015), Chicago: A Biography (2009) and Polish Immigrants and Industrial Chicago (1991, 2001), Pacyga’s newest book, American Warsaw: The Rise, Fall, and Rebirth of Polish Chicago, was published by the University of Chicago Press in the fall of 2019.

He was a member of the Humanities, History, and Social Sciences Department at Columbia College/Chicago from 1984 until his retirement in 2017. Pacyga won the Oscar Halecki Award from the Polish American Historical Association for his book, Polish Immigrants and Industrial Chicago. In 2014 he was awarded the Miecislaus Haiman Award by the Polish American Historical Association for his contribution to Polonia Studies. In 2019 he again received the Halecki Award for American Warsaw. He also was awarded the similarly named Halecki Award from the Polish Institute of Arts and Sciences in American for American Warsaw.

Pacyga has appeared in both the Chicago area and national media. He has been a Visiting Professor at both the University of Chicago and the University of Illinois at Chicago. In 2005 he was a Visiting Fellow at Campion Hall, Oxford University. Pacyga was awarded a Fulbright Grant and taught in the Institute for American Studies and the Polish Diaspora at the Jagiellonian University in Kraków, Poland during the 2013-2014 academic year.

Using GIS Maps In Your Classroom: A Virtual Workshop
Scroll to top